Invisalign Is an Alternative to Metal Braces 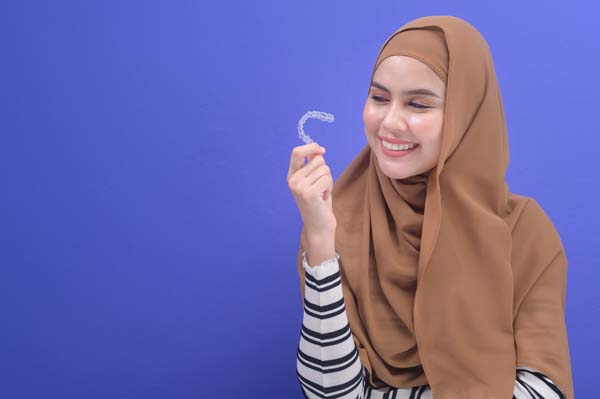 Invisalign® is a new development when it comes to orthodontics. This teeth aligner tool is designed to be invisible and unobtrusive. Invisalign is for people looking for an alternative to traditional dental braces. If you are looking for an aligner without metal and wires, Invisalign might be the right option for you.

The essentials of Invisalign

Compared to traditional dental braces, fewer people know about Invisalign. It was developed in the late 1990s and was not publicly marketed until 2001. They use transparent plastic material that makes it invisible, unlike their metal counterparts. It features thermoplastic resin strong enough to pull the teeth to place.

Invisalign did not immediately receive acceptance and praise from people in the industry. This invention is not backed by years of research or credentials. So, dental professionals were hesitant to adopt Invisalign as an alternative. But its innovative design and sudden popularity pushed professionals to undergo Invisalign training.

Difference between Invisalign and braces

One of the most notable differences between Invisalign and braces is appearance. Dental braces install metal brackets and wires to push the teeth to alignment. Invisalign utilizes an entirely different design. The removable clear resin trays are worn and attached together using elastics.

Another major difference between the two systems is comfort and convenience. Depending on the individual, the removable Invisalign trays can be convenient or troublesome. They allow users to take it off to clean it with ease. But, it poses the risk of forgetting to put the trays back on.

Braces are semi-permanent aligner systems. People with braces would not be able to remove the metal brackets by themselves. This makes it difficult to care for and clean the braces. Patients with braces need to visit the dentist often for a thorough cleaning.

Invisalign is a new product when it comes to orthodontics. But, Invisalign has some benefits that traditional dental braces could not offer. One of which is its comfortability when used. Unlike dental braces that use metal brackets, Invisalign features a much less obstructive and bulky design. This keeps it from cutting or digging into the gums, tongue, and cheek. It also applies less pressure on the teeth, making them less painful to wear.

Oral hygiene is also easier when wearing Invisalign trays instead of dental braces. People with braces need to maneuver around when brushing and flossing. Aside from that, there is also the risk of food debris getting stuck between wires and brackets. The removable Invisalign trays make it hassle-free to brush teeth and floss. But, the resin trays also need regular cleaning to avoid bacteria buildup.

There are still some drawbacks to choosing Invisalign over traditional dental braces. Invisalign requires a significant financial commitment compared to braces. The price could increase depending on the trays needed throughout the process. The removable trays make it relatively less effective than semi-permanent dental braces that are worn 24/7.

Wearing the aligners for 22 hours a day can expose them to bacteria. This leaves a foul odor in the trays. Cleaning the aligners with a soft-bristled toothbrush can remove food and debris from the surfaces and corners. This should be a habit each time the patient brushes and flosses. A hard toothbrush can abrade the plastic material.

Tepid water is the ideal rinsing liquid for these aligners. Hot water is not ideal. This could weaken the aligners. It could even lead to warping. Deformed trays will not benefit the teeth straightening experience.

Most mouthwash brands have colored products. Leaving the aligners in colored mouthwash will color them. The aligners will absorb the color. The mouthwash can also deform the trays.

Rinsing them well is necessary before wearing them again. Patients can keep the trays in a hard case. It is important to bring the trays each time the patient leaves the house. This will protect the aligners from scratches, debris, or objects that may crush the aligners.

Choosing between Invisalign and braces

Invisalign and traditional dental braces are notably different from each other. The appearance, design, and method of alignment make choosing between them quite confusing. Dental braces have been proven to be an effective tool to straighten teeth. But, Invisalign has a lot to offer as well. Consult your dentist to determine if Invisalign or braces are right for you.

Are you considering Invisalign in the Tacoma area? Get more information at https://www.korsmofamilydental.com.

Check out what others are saying about our dental services on Yelp: Invisalign in Tacoma, WA.

Invisalign® is a gentler treatment for misaligned teeth. This dental straightening system needs dedication from its patients. The removable aligners guide the teeth into their correct positions. Most patients are still skeptical if the dentist handling the treatment can do the job. If you want to know if your Invisalign dentist can correct your crooked…

Getting The Facts Behind Invisalign

If you want to improve your smile by straightening your teeth, traditional braces are not your only option. Invisalign® clear aligner trays are another alternative that continues to increase in popularity because of their efficacy and numerous benefits. Understanding the facts about Invisalign® can help patients make the right choice for a straighter and more…

Invisalign Vs. Braces: Which Works Better

For patients in need of orthodontic care for a variety of issues, such as tooth gaps, crooked teeth or misaligned bites, both Invisalign® and traditional braces are potential treatment options. While many people seek a straight answer to which one of these alternatives is ideal, there are several factors that determine which route is better…

Does Invisalign really work? This treatment is often marketed as a more convenient alternative to braces, but some patients are concerned about its effectiveness. Invisalign® may sound too good to be true — patients do not have to worry about avoiding certain foods that may become stuck in traditional braces.Like traditional braces, Invisalign® is designed… 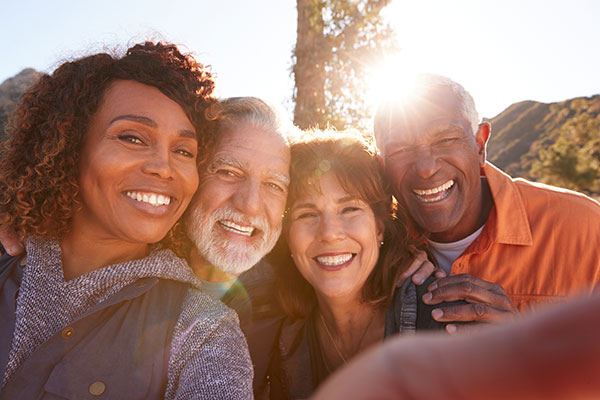 Tips For Whitening Your Dentures

If you want to whiten your dentures, there are several ways you can go about doing so.The right denture care can go a long way toward keeping the attachment in good condition. And some everyday household items can help you whiten them, as well. Read on to learn more about how to keep the teeth… 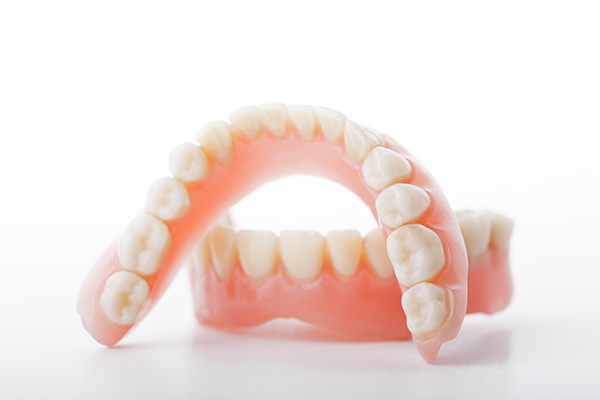 What If You Let Your Dentures Dry Out?

When it comes to oral care, it is just as important to clean dentures as it is natural teeth. After all, both can develop many of the same problems like plaque buildup and staining. At the same time, dentures require a little bit of special care.One thing some people worry about has to do with…